In 1887 the German partners Ferdinand Claus e George Schweder founded a soap factory called Claus & Schweder in the city of Porto in the North of Portugal. Porto was then an important industrial center. After the First World War the Portuguese brothers Afonso and Aquilles de Brito bought the bankrupted Claus & Schweder. A legend was born, the Ach Brito soaps led the market in Portugal and its colonies for the following decades until technological innovations of the 90's like the bath gel made hand made soaps obsolete.
In 2008 the Confianca group bought Ach Brito and took the immediate decision to not advertise Ach Brito and its luxury line Claus Porto anywhere. Their gourmet hand-made soaps would be for those who searched for them. It was probably the first time in the history of advertisement that a brand said "this shit will sell itself". The results were amazing, the Scandinavian and Japanese markets began buying their hand crafted soaps like there was no tomorrow.
The big breakthrough in America came when the queen mother Oprah Winfrey herself did a whole segment about Claus Porto on her show and confessed she used it herself. It was our very humble version of the British invasion. It was the Portuguese invasion and with soap. A truly fresh and wonderful smelling invasion.
When I was in Portugal last year my mom was always buying me Claus Porto soaps, and I brought back to the states a bunch  of Claus Porto's to offer as well as a big bar for myself. My mom always says the way you smell is important for your self-esteem, and she is always right.
Yesterday, someone who came back from New York offered me a "brise marine" flavored Claus Porto bath soap. I am really happy. I just used it. I unwrapped it from its carefully folded paper cover. Claus Porto's are a piece of art. My bathroom still smells like brise marine. A piece of Portugal in Hollywood. All I wanted was to offer Claus Porto to the New York traveler and she ended up offering it to me.
Publicada por Presidente à(s) 14:33 Sem comentários:

In the United States the urban legend says that the sub sandwich is a East Coast medium of communication. And it's a legend with good reasons to exist, not only because the Italians who came up with the sandwiches arrived first in the East Coast but because since I arrived in Los Angeles I only had one decent sub sandwich and it was in Bay Cities, an Italian East Coast restaurant.
Nevertheless some brave chains have tried to prove this urban legend wrong, Jersey Mike's comes to mind.
My latest adventure in the dangerous world of the Los Angeles sub was at Fat Sal's a joint that euphemistically calls itself a "deli", and that opened two blocs away from my place.
The menu is daunting, everything involves cheese and the choices range from roast beef, to chicken fingers (whoa! How original!)  I asked for a sandwich called "remarkable roast beef". The remarkable was part of the joke, it was a mayo soaked sandwich with pieces of unpeeled potatoes a peace of unseasoned beef all wrapped with the most mediocre french bread ever produced by a human being. Bottom line, when you come to LA stick to the Mexican food, you can't go wrong there. Otherwise you will eat something that will insult someone's culture.
P.S  If I was Italian I would sue Fat Sal's for all they have.


Roller Derby is an American tradition. An exclusively female sport developed mainly in the 30's it makes for good entertainment. Here  it's played in Silver Lake in a warehouse, home of the LA Derby Dolls. This Friday I went to see a game between a team called Varsity Brawlers and another called Fight Crew (I know, I know it sounds menacing) and felt part of a very exclusive American tradition where LA's most pernicious plague, the hipsters meet a classic female sub culture the pin up girl. The crowd is of course more eclectic than that but the fusion of these two groups is clearly present mainly in the players - bad ass chicks with noms de guerre such as Skeeve Jobs and Marina del Rage.
It took me some time to get the rules of the game, where these women on helmets and roller blades chase each other and I didn't understand why men don't play it - girls just seem to be too passive aggressive. But it was an overall pleasing experience that I advise to any LA visitor.
During the 10 minute game break we got some pizza and listened to this hipster band composed by one guy and three girls playing eclectic rock . The guy's hair was an amazing jewfro and his pants were so tight I doubt he will ever have children. When I see acts like that I think French artists must feel proud. All those year's being moked and in the end their look, attitude and mannerisms have triumphed and officially spilled into the zeitgeist. 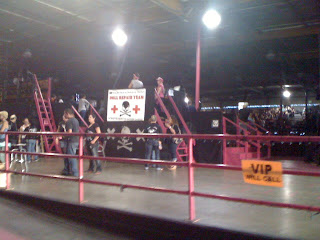 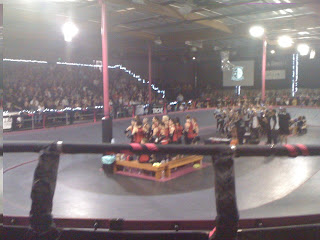 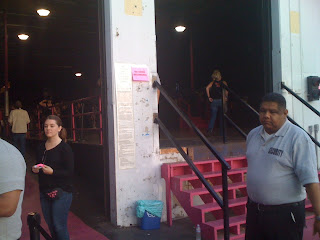 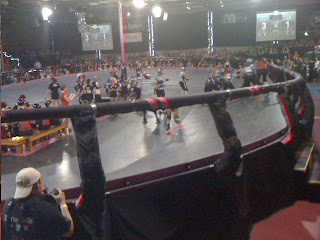 The Porsche and the city

Last weekend I got in a Porsche for the first time in my life. My boy Alex got a 76 vintage Porsche. I hate cars and driving but I have to give it to Alex his Porsche is something else. The engine is loud but not particularly powerful and the inside is classy and vintage.
We went to the Hudson we had a few beers and we finished at his brother's Amza Moglan. A car like that only makes sense in a city like LA made for the car. Tickets are stupidly expensive here and the cops are more worried with hunting you down than protecting you, but the highways are big, and all the apartment buildings have garage.
Some say, the bigger the car the smaller the penis. I don't know if that's true, but when you have a Porsche 76 I think your penis size is the last thing on your mind. 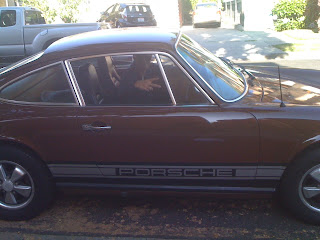